The Fifteenth United States census records for Marriso County, Parsippany, New Jersey, for 1930. The census divides the population into categories of name, age, sex, race, marital status, occupants and relation to head of house, whether the home is owned or rented, value of home or rent, whether home is a farm residence, whether the home has a radio. It also records college attendance, literacy, birthplace and birthplace of parents, citizenship status, language spoken before coming to United States, year of immigration, occupation or business, class of worker, whether they worked the previous day, military status, and the war or expedition participated in.

A notable resident listed in this record is Peter Nadzeika. Born in Newark, New Jersey, in 1919, Nadzeika's parents immigrated to the United States from Lithuania. He spent most of his childhood with his family in Parsippany, New Jersey, where the family owned a farm and later a tavern. Nadzeika enlisted in the United States Army in March of 1941, and served in the 870th Ordnance Heavy Automotive Maintenance Company, which was part of the Persian Gulf Command during World War II. Nadzeika was wounded during the war. After his service, he started a family and owned a tavern. Around 1975, he moved to New Port Richey, Florida, where he passed away in 1996. He is buried at the Florida National Cemetery.

Originally created by Effie Howell and published by the United States Census Bureau. 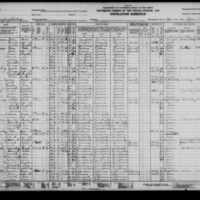 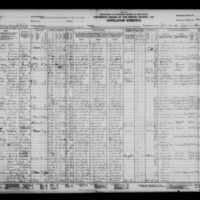