Born in Savannah, Georgia, on March 12, 1927, Bagby served in the United States Army from November 8, 1950, to November 7, 1952, during the Korean War. In addition to being scholars, much of the Bagby family served in the military. Bagby completed his service as a corporal, concluding his service on November 7, 1952. He spent most of his life in Miami, Florida. He died on April 10, 1996, and is buried at the Florida National Cemetery in Bushnell, Florida.

Originally created by the Bagby Family.

Rights of this photograph are maintained by the Bagby Family and are provided here by RICHES for educational purposes only.

Private Collection of the Bagby Family 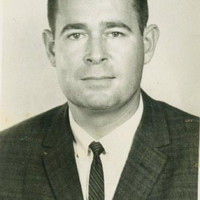