Gordon Swift was born in Uniontown, Pennsylvania, in 1803. Sometime prior to his enlistment in 1837, Swift moved to Marietta, Ohio, where he married Elizabeth Tucker in 1828. Swift worked as a farmer before enlisting in the United States Army out of Utica, New York, at age thirty-four. Swift joined Company F of the 6th Infantry Regiment, which was sent to Florida during the Second Seminole War (1835-1842.) Rose died two days after the Battle of Okeechobee, on December 27, 1837. He is memorialized at St. Augustine National Cemetery in Florida. 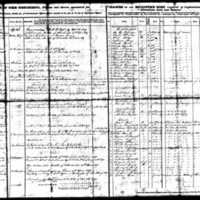