Filming at the Ritz Theater

Filming at the Ritz Theater

Extras outside the Ritz Theatre during the filming of Sealed With a Kiss, produced by Valencia Community College. The film was produced by about 350 students and took over a year to complete. Sealed With a Kiss is about a love story that spans three decades, starring Candace Miller and Christopher Calvert. Ralph Clemente directs the film, which includes original music by Richie Havens.

Many of the extras for s[sic] scene from a Valencia Community College film, shot outside the Ritz Theater in downtown Sanford Sunday night, were recruited from the Half Shell Oyster Bar next door.

Originally created by Tommy Vincent and published by The Sanford Herald. 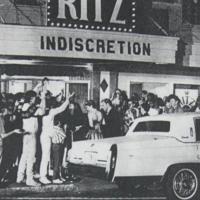 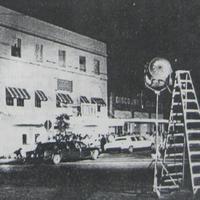