Orlando Magic at the Orlando Arena, 1991

Orlando Magic at the Orlando Arena, 1991

Orlando Magic at the Orlando Arena

The Orlando Magic playing the Milwaukee Bucks at the Orlando Arena, located at 1 West Amelia Street in Orlando, Florida, on December 19, 1991. The game ended with the Bucks defeating the Magic 95 to 87. Following the 1991-1992 season, the Magic would gain popularity as it acquired Shaquille O'Neal (b. 1972). Other notable Magic superstars over the years include Penny Hardaway (b. 1971), Tracy McGrady (b. 1979), and Dwight Howard (b. 1985).

Planning for the Orlando Arena, colloquially nicknamed "The O-Rena", began in 1983, but the project was delayed for several years due to financial issues. A groundbreaking ceremony was held in January of 1987. Shortly thereafter, the National Basketball Association (NBA) approved the creation of a franchise in Orlando. Construction was completed in 1989 and cost $110 million. The Orlando Magic was founded that same year, becoming the first major-league professional sports franchise in the Orlando area. On September 19, 1991, the DeVos family, with Richard DeVos (b. 1926) as the head, bought the franchise for $85 million. Although the arena originally seated nearly 15,300 spectators, renovations between 1994 and 1995 increased the arena's capacity to approximately 17,500 guests.

The name of the arena was changed to the TD Waterhouse Centre in 2000. In December of 2006, the venue was briefly named The Arena in Orlando and then the Amway Arena, after the City of Orlando and Orange County agreed to construct a new arena. The old Amway Arena closed on September 30, 2010, and operations moved to the new Amway Center, located at 400 West Church Street. Demolition of the old structure began on December 15, 2011. As of 2014, the City of Orlando has made plans to create a "Creative Village" on the site. This new complex would offer space for offices, residences, educational centers, hotels, retail stores, and entertainment venues.

Copyright to this resource is held by Nancy Lynn Cepero and is provided here by RICHES of Central Florida for educational purposes only. 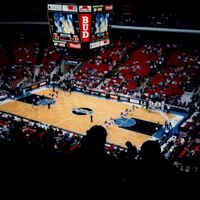 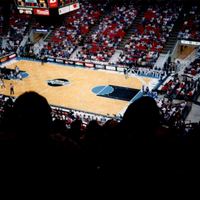