Charlie Crist at the University of Central Florida, 2012

Charlie Crist at the University of Central Florida, 2012

Former Governor Charlie Crist (b. 1956) speaking at a political rally at the University of Central Florida (UCF) in Orlando, Florida, on October 29, 2012. The rally was hosted by the UCF College Democrats and held on behalf of President Barack Obama (b. 1961), who was campaigning for his re-election bid in the Presidential Election of 2012. President Obama was originally scheduled to speak at the rally, but had to cancel due to emergency relief needs for Hurricane Sandy in the northeast. Former President Bill Clinton (b. 1946) and Democratic Senator Bill Nelson (b. 1942) also spoke at the rally. President Obama went on to win re-election, defeating his Republican opponent, former Governor of Massachusetts Mitt Romney (b. 1947).

Governor Crist is best known as the 44th Governor of Florida from 2007 to 2011. After a career as an attorney, Crist entered politics as a Republican and served in the Florida Senate from 1993 to 1998. He also served as the Florida Education Commissioner from 2001 to 2003 and as the Florida Attorney General from 2003 to 2007. Following his governorship, Crist ran for the U.S. Senate. After being defeated by Marco Rubio (b. 1971) in the race for the Republican nomination, Crist left the Republican Party and ran as an independent, ultimately losing to Rubio. During the Presidential Election of 2012, Crist endorsed and campaigned for President Obama. On December 7, 2012, he officially joined the Democratic Party. He ran for Governor of Florida again in 2014, but was defeated by incumbent Republican Governor Rick Scott (b. 1952).

Copyright to this resource is held by Laura Lynn Cepero and is provided here by RICHES of Central Florida for educational purposes only. 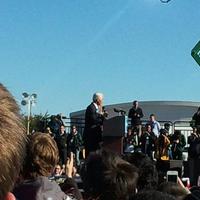 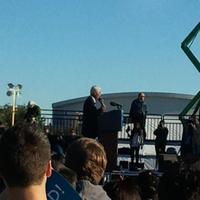