Mark Samansky, a popular radio personality, a pioneering DJ, and one of the earliest "shock jocks" in Orlando, Florida. He was half of the iconic “Baxter and Mark Show," which aired from 5:30 am to 10:00 am weekdays on 100.3 WDIZ-FM, from 1983 to 1992. Known for his twisted and irreverent sense of humor, extensive knowledge of rock music, and musical parodies, Samansky performed on-air and at various small Orlando venues, Samansky was a staple of rock radio in the region for 20 years.

Samansky's radio career began in 1976 in Cheyenne, Wyoming, before he moved to Denver, Colorado; Chicago, Illinois; and finally, Houston, Texas, where he began a hit show with fellow disc jockey Alan Baxter, "The Baxter and Mark Show," which they brought to Orlando in 1983. The show was the #1 rated radio show among adults 18 to 34 years old in Orlando for a period. Samansky left the show in 1992 and moved to 740 WWNZ-AM in Orlando, where he remained until he was fired in 1993 for an off-color comment he made on-air. He next moved to the Orlando classic-rock station 96.5 WHTQ-FM, experiencing a ratings-topping summer in 1996 among 25- to 54-year-olds. Samansky later served a one-year stint at 101.1 WJRR-FM in 2000 alongside Larry the Cable Guy, and helped produce the future-famous comedian's first album. Samansky passed away in 2011.

Copyright to this resource is held by Mick Dolan and is provided here by RICHES of Central Florida for educational purposes only. 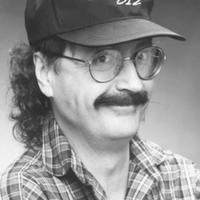