Man Carving His Own Destiny by Polasek 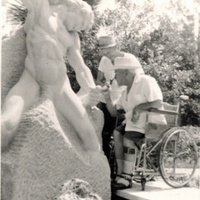