A postcard depicting the new clubhouse at Hialeah Park Racing and Casino, located at 2200 East 4th Avenue in Hialeah, Florida. The race track was originally established by Glenn Curtiss (1878-1930) and James H. Bright for greyhound racing in 1922 and was used called the Miami Kennel Club. In 1930, after being several damaged by the Great Miami Hurricane of 1926, the track was sold to Joseph E. Widener (1871-1943), who opened a renovated track with new clubhouses, under the name Hialeah Park, on January 14, 1932. On March 2, 1979, the race track was added to the U.S. National Register of Historic Places, and on January 12, 1988, the site became eligible for designation as a National Historic Landmark. In 2001, Hialeah Park stopped hosting races and closed the park to the public due to state law that decreased the race track's ability to compete with nearby courses. The park's stables were demolished in 2007. The race track reopened on November 28, 2009, several months after the state legislature and the Seminole Tribe of Florida came to an agreement allowing Hialeah Park to operate slot machines and to hold Quarter Horse races. 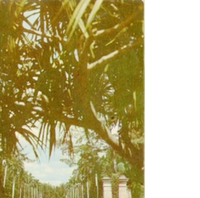