The installation of three of the Westinghouse 501B (W501B) EconoPac gas turbine units at Nevada Power Company's Clark Generating Station in Las Vegas, Nevada, which began operations in 1979. These units were later converted to combined-cycle operation with the addition of heat recovery steam generators and a steam turbine. 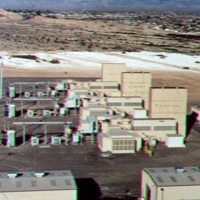