A newspaper article published in The Sheboygan Press, on May 21, 1926. The article describes the marriage between Robert W. Gerlach and Evelyn Bell Rehm, including the wedding attire, decor, roles, and the honeymoon.

Born on November 29, 1896, in Rhine, Wisconsin, Robert Gerlach entered the United States Army on May 28, 1918. He was released from service as a private on November 27, 1918. Nine months after their marriage, Evelyn gave birth to their daughter, Joy Evelyn Gerlach. The couple moved to Citrus, Florida, in the 1980s. Evelyn passed away on February 17, 1988. Joy died two years later, in July 1990. Robert moved back to Wisconsin, where he lived out the remainder of his days in Waupaca until his death on February 17, 1993, at the age of ninety-six. He was subsequently interred at the Florida National Cemetery in Bushnell on March 5, 1993, joining his wife and daughter.
In 2017, the University of Central Florida was one of three universities selected to launch the National Cemetery Administration’s Veterans Legacy Program Project. The program engaged a team of scholars to make the life stories of veterans buried in the Florida National Cemetery available to the public. The project engages UCF students in research and writing and fosters collaboration between students, faculty and local Central Florida schools to produce interactive curriculum for k-12 students. The corresponding website exhibit uses RICHES Mosaic Interface to create a digital archive of related data. The public can use the project-developed augmented-reality app at more than 100 gravesites at the Florida National Cemetery, where they can access the UCF student-authored biographies of veterans.

Article originally created and published by the Sheboygan Press.

Copyright to this resource is held by The Sheboygan Press and is provided here by RICHES for educational purposes only. 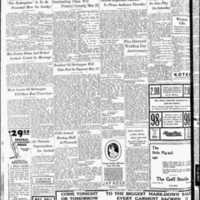