The Fifteenth United States Census records for Elizabeth City, Union County, New Jersey, for 1930. The census divides the population into categories of name, age, sex, race, marital status, occupants and relation to head of house, whether the home is owned or rented, value of home or rent, whether home is a farm residence, whether the home has a radio. It also records college attendance, literacy, birthplace and birthplace of parents, citizenship status, language spoken before coming to United States, year of immigration, occupation or business, class of worker, whether they worked the previous day, military status, and the war or expedition participated in.

A notable resident listed in the record is Warren Justus Liesegang (1928-1998). Born in Elizabeth, New Jersey, on June 17, 1928, Liesegang enlisted in the United States Navy in 1950. During his service, he held the position of DC-3, which is known as a Damage Controlman Petty Officer 3rd Class. Following his service, Liesegang served as a merchant seaman until retiring. In 1954, while still serving in the military, Warren Liesegang married Darlene Denise Wiggins in Duval, Florida. They later had a daughter named Theresa Leigh Liesegang. Warren and his family lived in various areas across the state of Florida, including Fruitland Park, Fort Pierce, and Vero Beach. He retired in Fort Pierce, where he lived until his death on January 9th 1998. He is memorialized at Florida National Cemetery in Bushnell, Florida. 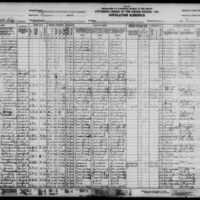 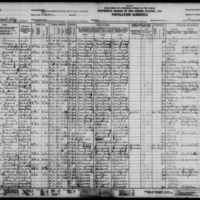