Photographs of Company G of the 105th Infantry taken between 1917 and 1919. 35 black and white photographs of men appear in seven rows. Below them is a numerical list of names corresponding to the photographs.

A notable soldier featured is Charles "Carlo" Leonetti (1895-1994). Born on January 9, 1895, in Naples, Italy, Leonetti moved to New York around 1910. He enlisted in the United States Army on July 26, 1917, and served in Company G of the 105th Infantry Regiment during World War I. While serving overseas, he retained his presence in the art world and gained notoriety from his covers of The Masses, a journal published in New York. Discharged from the army in April 1919, Leonetti continued officers’ training in the Army Reserve. After his return to the United States, Leonetti became naturalized in May of 1920. Upon his return, Leonetti became a figure in the New York art scene. He participated in a variety of niches: photographing celebrities, painting, opening up a Greenwich Village-themed nightclub, translating “The Jest”, written by John Barrymore, acting in movies like Broken Blossoms, and dancing on Broadway. Leonetti entered the service again in February 1941. Discharged in August 1946, after five years of service, Leonetti reentered civilian life with the “Soldier’s Medal for Bravery.” That same year, he moved to Tampa with his wife, Mayme, where they maintained active involvement in the art community. Leonetti passed away on June 3, 1994, and is buried at Florida National Cemetery in Bushnell, Florida. 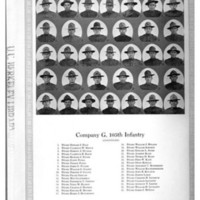