A page from Oshihiyi, the 1917 Stetson University yearbook. This page focuses on the students enrolled in the Business College, including Paul Hon (1898-1918). Students' nicknames, favorite sayings, ambitions, gifts and pastimes were recorded for posterity.

Paul Hon was born in July 1898, in Orleans, Indiana, and moved with his family to DeLand, Florida, in 1900. The Hon family rose to prominence in DeLand, as Hon's father served on the Stetson University Board of Trustees and eventually had a dormitory building named in his honor. Paul Hon, the eldest son in his family, attended Stetson University as a student in the Business College. On May 10, 1917, he enlisted in the United States Army and served as part of Company B of the 1st Engineers until his death on July 20, 1918, during the Aisne-Marne Campaign. The 1st Engineers were often responsible for clearing roads and other such tasks, and occasionally served as support to other areas of the Army. Hon is considered MIA (Missing In Action), as his body has never been recovered. He is memorialized on the Tablets of the Missing at the Aisne-Marne American Cemetery in Belleau, France.

Junior Class of John B. Stetson University, Class of 1918

Junior Class of John B. Stetson University, Class of 1918

Originally created and published by the Junior Class of John B. Stetson University, Class of 1918.

Copyright to this resource is held by the Stetson University Library Archives, and is held here by RICHES for educational purposes only. 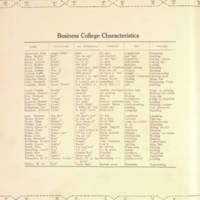