The lots located at 210-216 South Sanford Avenue in the Georgetown, an historic African-American neighborhood in Sanford, Florida. The earliest known occupant of Suite 210 was City Shoe Shop Repairs from approximately 1926 to 1965. By 1975, Sanford Long Rifle Shoppe was occupying this location. At the time that this photograph was taken in January 2012, this suite was housing Winnowing Church, led by Pastor Jesse Covington. By December 2013, the building was being occupied by Under the Sun Ministries.

Grocer and Italian immigrant Batista Ceresoli was the first known occupant of Suite 212 in 1947. In 1952, Ceresoli's wife, Carolina C. Ceresoli, who was also a grocer, was listed at this address. The Ceresolis and their son, Martin Q. Ceresoli, moved to Central Florida from Barre, Vermont, in 1919. The family also owned C & C Liquor Store, which was located at 312 South Sanford Avenue, from approximately 1947 to 1965 and later at 326 South Sanford Avenue in 1975. Martin owned the liquor store until his death on January 27, 1997. By 1965, Suite 212 was being occupied by The Used Clothes Thrift Store.

Ceresoli was also the earliest known occupant of Suite 214 from approximately 1924 to1926. Ceresoli moved his business to Suite 212 by 1947. In that same year, Suite 214 was housing the Stanley-Rogers Hardware Company, which had previously been located at 204 South Sanford Avenue in 1926. Goodwill Industries Bargain Store was listed at this address in 1965 and Lu Harriett's Variety Store was listed here in 1975.

At the time that this photograph was taken, Suites 212 and 214 were vacant and Suite 216 was occupied by La Chic Styzle Inc., a full-service salon. 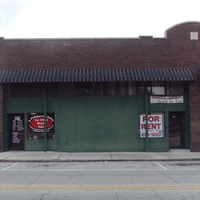 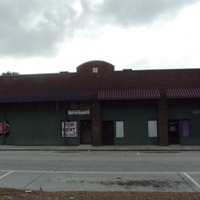 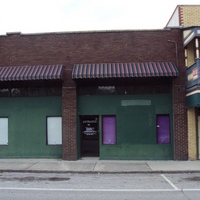