Irvin Gibbs, the founder of Gibbs-Louis, Inc. Getting his start in his father's general store in Live Oak, Florida, Gibbs was a well-known man of fashion in Downtown Orlando, Florida. In 1935, he graduated from the University of Florida with a bachelor's degree in business. After serving in the U.S. Navy during World War II as a lieutenant commander, he arrived in Orlando where he bought the women's store, Louis, in 1946. He added Gibbs to the store name, expanded the inventory, and Gibbs-Louis was created.

Gibbs-Louis quickly became one of the most popular women's apparel stores in Downtown Orlando in the 1940s and 1950s. Along with the downtown location at 131 North Orange Avenue, there were three more Gibbs-Louis stores in nearby malls. In 1984, part of the downtown store collapsed; a wall caved in due to construction of a 20-story building next door. A year later, the store was restored. In 1990, when nearly all retail stores located in Downtown Orlando had closed, Gibbs-Louis was one of the few remaining. In late 1991, Irving Gibbs retired and sold the business to former executives of Ivey's, a department store that was later bought out by Dillard's. Only a year later, Gibbs-Louis went out of business and was replaced by Behr's Shoe Center. In 1998, Behr's closed as well. Today, the location is home to Annie's Bar and Grill. 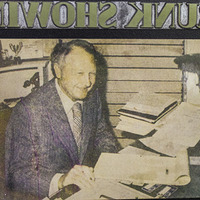