In the first photograph, astronaut Gordon Cooper (1927-2004), pictured in the center, standing with National Aeronautics and Space Administration (NASA) managers on the right and contractor managers on the left. Then men are pictured in front of the unassembled Mercury-Atlas vehicle at the launch site at the Cape Canaveral Air Force Station Launch Complex 14. B. G. MacNabb, General Dynamics/Astronautics director of operations, is standing on the far left.

When the Mercury 7 astronauts, such as Cooper, visited the launch site, they wore distinctively colored helmets so that they could be identified at a distance. Cooper, on such a visit before his flight, is viewing the unerected Atlas rocket from the gantry in the second photograph. The Atlas was America's first rocket capable of lifting a man into orbit. Faith 7's Atlas booster eventually lifted it into orbit, allowing Cooper to circle the Earth 22.5 times.

Copyright to this resource is held by Dr. Calvin D. Fowler and is provided here by RICHES of Central Florida for educational purposes only. 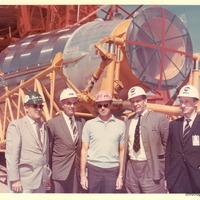 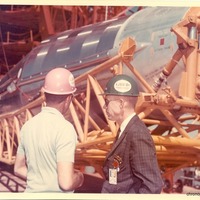 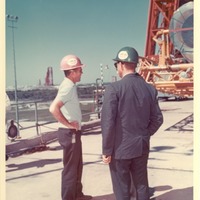 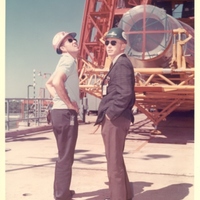 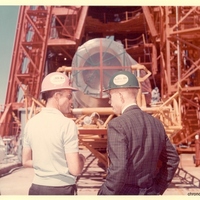 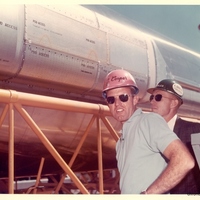 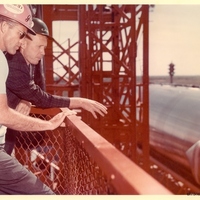 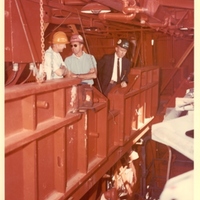 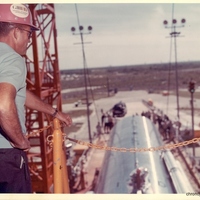 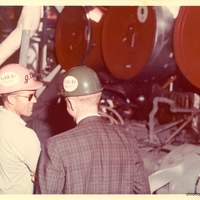 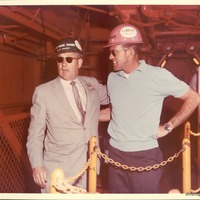 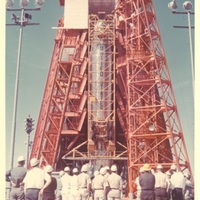