Kaleigh Baker and the Downgetters at The Beacham Theater, 2012

Kaleigh Baker and the Downgetters at The Beacham Theater, 2012

Kaleigh Baker and the Downgetters at The Beacham

Ralphfest is an annual concert festival in Downtown Orlando, Florida, that celebrates the memory and musical influence of Ralph Ameduri, Jr. Ameduri was an Orlando musician who was murdered on September 10, 2011, in a robbery attempt on a patio behind Jessie's Bar, a Winter Haven music club where he was filling in for a member of local band, Thomas Wynn & the Believers. The inaugural concert was arranged to cover his funeral expenses and, since then, proceeds from the events have gone to the Ralph Ameduri, Jr. Music Scholarship Fund, which operates through the Foundation for Seminole County Public Schools, awarding a musical instruments to graduating high school students. Ralphfest 2 took place on November 24, 2012, on three different stages: one at The Beacham Theater, one at The Social, and one at The Outside Elixir Stage on Washington Street. The benefit features 26 bands that Ameduri was part of, worked with, had close ties to, or enjoyed, as well as multiple DJs. Some of the performers included Thomas Wynn & the Believers, The Ludes, Music's Milka Ramos, SUNNY, The Downgetters featuring Kaleigh Baker, Riverbottom Nightmare Band, The Legendary JC's, funkUs, and The Woolly Bushmen. Ralphfest 2 raised $10,000. 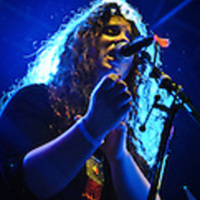 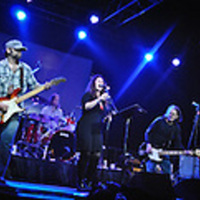 Lyman, Alicia. “Kaleigh Baker and the Downgetters at The Beacham Theater, 2012.” RICHES of Central Florida accessed May 21, 2022, https://richesmi.cah.ucf.edu/omeka/items/show/5317.