William "Bill" Sterling Jenkins traveled the world, built and prospered in many different careers, recorded his travels and experiences in his paintings, and made a permanent impact on the Central Florida community.

Jenkins received his Bachelor of Fine Arts in 1934 from the University of Florida and was awarded a postgraduate scholarship to study art at the Royal Academy of Fine Arts in Florence, Italy. He spent several intensive years traveling through Europe by rail and bicycle, creating figure and landscape paintings. Upon his return, he established an art school in Columbus, Georgia. In 1942, he married Alice Moberg after meeting her in Mexico, where he studied silversmithing. Following a brief stint in the U.S. Army, Jenkins received an honorable discharge after contracting pneumonia and was sent to the Veterans Administration hospital in Orlando, Florida, to recuperate. He then worked for the VA and pioneered a program of rehabilitative art therapy classes for veterans.

After earning his master's degree in psychology from Florida State University in 1950, he settled in Winter Park and established Jenkins Construction Company, building many residential communities and shopping centers. In 1975, Jenkins established Creald้ฉ School of Art, donating the organization and the property to the community in 1990. He also established the Jenkins Chair at the University of Central Florida, and donated the majority of his paintings to the UCF Art Gallery.

Copyright to this resource is held by the Crealdé School of Art and is provided here by RICHES of Central Florida for educational purposes only. 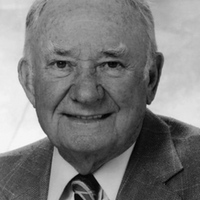