funkUs at The Plaza Theater

Formed in Orlando in 1998, funkUs earned a reputation as a band with a unique blend of eclectic musical genres, following in the footsteps of jam bands such as the Grateful Dead, the Allman Brothers Band, and Phish, by combining elements of rock, blues, jazz, rhythm and blues, and funk. The band’s live performances incorporate an improvisational structure with groove-heavy rhythms. Their albums include flavor (2001); strobe light (2002); free (2005), which features Tom Constanten, a former keyboard player for the Grateful Dead; got problems (2009); funkUs meets the Curious Circus (2009); and coconut monkey (2012). Regularly performing throughout Florida, the band has appeared at premier music festivals, including the Purple Hatter's Ball in 2013, Bear Creek Music Festival in 2009 and 2011, Orange Blossom Jamboree in 2010 and 2011, Jambando in the Park in 2010, 2011 and 2012, and many others. They have shared stages with notable bands such as Galactic, Soulive, Dumpstaphunk, Robby Krieger of The Doors, Victor Wooten, Steve Kimock Band, Zach Deputy, and Consider the Source. The lineup is ever-changing, based around its core members: Adam Freeman on drums and percussion, Alex Ceserani on bass and vocals, Bill Bairley on keyboard and vocals, and Dave Mann on guitar and vocals. 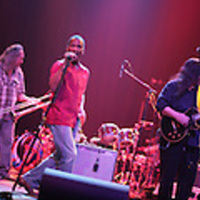 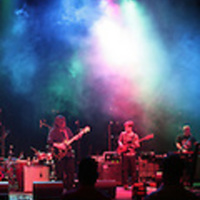 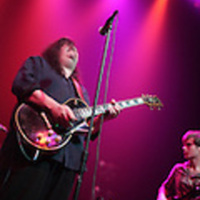 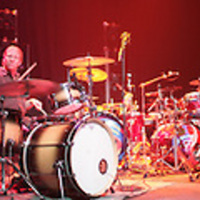 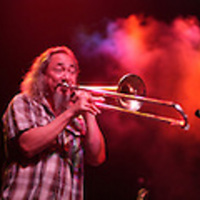