Formed in Tampa, Florida, in 1971, White Witch was a glam, psychedelic, hard rock band that recorded two albums with Capricorn Records in the early 1970s. Pendergrass and Shea had once belonged to the popular Tampa area rock band, The Tropics, in the mid to late 1960s. Their name was a paean to "white magic," contrary to the "black magic" of groups such as Black Sabbath. The band would announce before their shows, "To bring good where there once was evil, to bring love where there once was hate, to bring wisdom where there once was ignorance—this is the power of White Witch." They toured to support their two records, opening for such established acts as Alice Cooper, Grand Funk Railroad, and Billy Preston. The group was inducted into the Florida Musicians Hall of Fame's Florida Music Honor Roll. 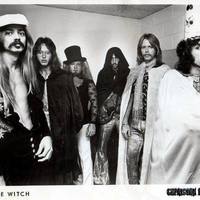