The album cover for Boot's 1972 self-titled record. The album cover features a photograph of the four band members from the waist down, standing side by side. Drummer Jim O'Brock is wearing a boot. Recorded at James Brown's Starday/King Studio in Nashville, Tennessee, the record was produced by the Texas-based Agape Records.

In 1963, the band formed in Port Richey, Florida, as The Kingsmen. the band would change their name to The Allusions, The Split Ends, and finally, Boot, an acronym for Blues Of Our Time. The group featured Dan Eliassen on bass and vocals, Bruce Knox on lead guitar and vocals, Mike Mycz on rhythm guitar and vocals, and Jim O'Brock on drums and vocals. All four original members remained together for 10 years before breaking up in 1973. Career highlights include performing on Dick Clark's "Happening '67" Tour and the Dick Clark band contest show, "Happening '68," as well as performing with The Allman Brothers Band, Lynyrd Skynyrd, Jefferson Airplane, Canned Heat, The Outlaws, Steppenwolf, Iron Butterfly, B. B. King, and Neil Diamond.

Copyright to this resource is held by Agape Records and is provided here by RICHES of Central Florida for educational purposes only. 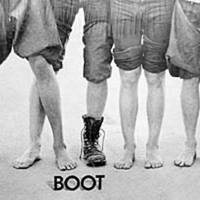