The 100th birthday celebration for Kathryn L. Lawton (1906-2008). The celebration was held at the Oviedo Woman's Club (OWC) on June 13, 2006, and was hosted by Claire Evans, Louise Martin, Bill Martin, Frank Wheeler, Pat Wheeler, Jean Laney, and Suzi Laney. The first photograph includes those who attend the event. The second photograph features Louise Martin, Claire Evans, and Frank Wheeler. Also photographed is David Evans, who appears in the background on the right.

Copyright to this resource is held by the Oviedo Woman's Club and is provided here by RICHES of Central Florida for educational purposes only. 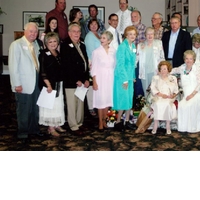 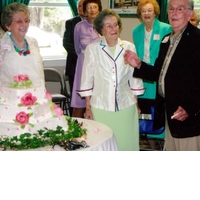