A mug for Westinghouse Electric's Combustion Turbine Operations (CTO) mug, which was given to each employee who transferred from the CTO's location in Concordville, Pennsylvania, to Orlando, Florida, where the division was being relocated. CTO was established as part of the Power Systems Business Unit's (PSBU) Generation Technology Systems Division (GTSD). After relocation, CTO was incorporated into the Power Generation Business Unit (PGBU). 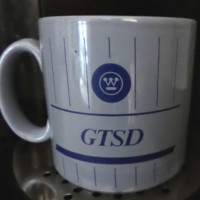 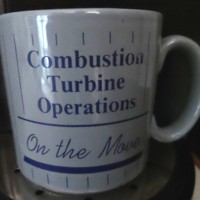