"Water's Journey: The River Returns,  Stories of the Great St. Johns"
More Than a Memory
Steamboats in the Hyacinths
"Steamboats"
When Steamboats Reigned in Florida
"Steamboat Activity in Florida During the Second Seminole Indian War"
"Exhibit Brings to Life 19th-century River Adventures" 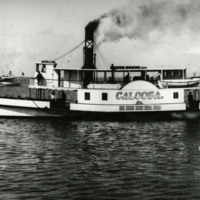