A notable individual listed is Edward Connolly. In January 1955, the City of Boston announced a commendation for Connolly for his bravery during a robbery attempt a few days earlier that left him critically injured. Born October 31, 1922 in Boston, Massachusetts, Connolly enlisted in the United States Marine Corps on December 26, 1942 and served during World War II. On December 26, 1945, he was honorably discharged with the rank of corporal. After his service, he returned to Massachusetts, where he served as a police officer. He was injured in the line of fire in 1955, forcing him to retire. He married Thelma Snell with whom he had two sons, Kevin and Mark. Connolly died on September 7, 1995 and is buried in the Florida National Cemetery in Bushnell.

Originally created and published by the City of Boston Administrative Services Department.

Copyright to this resource is held by the City of Boston Administrative Services Department and is provided here by RICHES for educational purposes only. 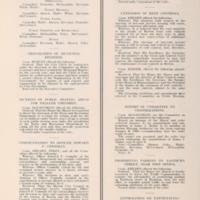