The United States of America Petition for Citizenship and Naturalization Card for William Kirlew. The form includes the name, residence, occupation, race, place of birth, marital status and children, last foreign residence, date of immigration, an affidavit witness and signature.

Digital reproduction of original naturalization petition and card, November 29, 1932 and May 15, 1933.

1 petition for citizenship and 1 naturalization card 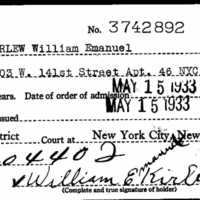 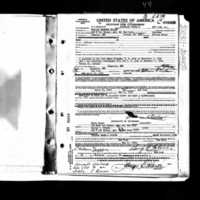