A notable student listed is Edwin Selig Kesney (1917-2004). Born on January 5, 1917, in Brooklyn, New York, Kesney grew up in Queens, New York, living with his parents until his enlistment. He attended Rensselaer Polytechnic University, where he graduated with a degree in mechanical engineering. By 1940, Kesney was working in a machine shop as a draftsmen. He was drafted into the United States Army in 1941. Kesney began his training at the United States Army Signal Corps Officer Training School at Fort Monmouth, New Jersey. After leaving the Army on February 3, 1946, as a Captain, Kesney continued working in radio technology through the Institute of Radio Engineers. Prior to moving to Florida in 1997, the Kesneys lived in Stamford, Connecticut, where Edwin worked for Ray Proof Corporation, a leading manufacturer of medical X-ray shielding. Kesney and his wife moved to Vero Beach, Florida in 2002. He was memorialized in the Florida National Cemetery in Bushnell, Florida, on July 15, 2004.

Originally created and published by the Rensselaer Polytechnic Institute.

Copyright to this resource is held by Rensselaer Polytechnic Institute and is provided here by RICHES for educational purposes only. 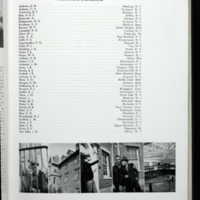