The Fifteenth United States Census records for Queens Borough, New York City, New York, for 1930. The census divides the population into categories of name, age, sex, race, marital status, occupants and relation to head of house, whether the home is owned or rented, value of home or rent, whether home is a farm residence, and whether the home has a radio. It also records college attendance, literacy, birthplace and birthplace of parents, citizenship status, language spoken before coming to United States, year of immigration, occupation or business, class of worker, whether they worked the previous day, military status, and the war or expedition participated in.

A notable resident listed is Edwin Selig Kesney (1917-2004). Born on January 5, 1917, in Brooklyn, New York, Kesney grew up in Queens, New York, living with his parents until his enlistment. He attended Rensselaer Polytechnic University, where he graduated with a degree in mechanical engineering. By 1940, Kesney was working in a machine shop as a draftsmen. He was drafted into the United States Army in 1941. Kesney began his training at the United States Army Signal Corps Officer Training School at Fort Monmouth, New Jersey. After leaving the Army on February 3, 1946, as a Captain, Kesney continued working in radio technology through the Institute of Radio Engineers. Prior to moving to Florida in 1997, the Kesneys lived in Stamford, Connecticut, where Edwin worked for Ray Proof Corporation, a leading manufacturer of medical X-ray shielding. Kesney and his wife moved to Vero Beach, Florida in 2002. He was memorialized in the Florida National Cemetery in Bushnell, Florida, on July 15, 2004. 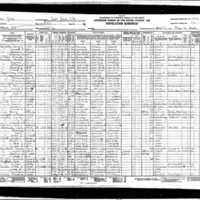