Color postcard with an image of Weeki Wachee Springs mermaids posing on top of the newly constructed underwater theater. Text on the back reads, "Weeki Wachee, Florida's underwater grand canyon presents a new million dollar underwater aqua-theatre and underwater musical revue daily from 9 to 5, rain or shine. Located at the junction of U.S. 19 and Florida 50 north of Clearwater, St. Petersburg and Tampa." This Postcard made sometime in the 1960s.

Postcard of Weeki Wachee Mermaids on Roof of Underwater Theater 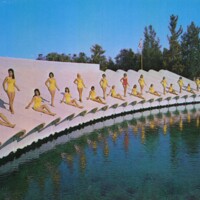 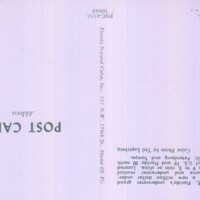