The former location of a John J. Mauser cigar shop at 120 North Park Avenue in Sanford, Florida. The cigar shop occupied the space approximately between 1910 and 1922. John J. Mauser manufactured Lucky Sanford, Banker's Choice, and Clear Havana cigars. As of 2011, this building was occupied by St. Johns Realty Company, led by A. Bart Peterson.

The cigar industry was first brought to Florida by Cuban immigrants in the 1830s and became one of the most important industries in the Southeast by the last quarter of the 19th century, with Tampa serving as the cigar manufacturing center in the state. In the late 1800s, cigar factories began to appear in various other Florida cities, such as Jacksonville and Tallahassee. Cigar manufacturing first appeared in Sanford sometime between 1909 and 1912. The Florida cigar industry came to its peak in the first quarter of the 20th century, but then declined during the Great Depression and World War II, due to the accumulation of labor union conflicts over the years, the mechanization of production, and changing consumer demands. The industry was revitalized during the 1950s as production soared, despite the decline of the number of workers. Following the Cuban Revolution of the late 1950s and the U.S. embargo on Cuban products in 1962, the Florida cigar industry again declined. The Cuban embargo included tobacco, thus forcing American cigar rollers to begin using Dominican tobacco.

Originally created by Laura Cepero and published by RICHES of Central Florida. 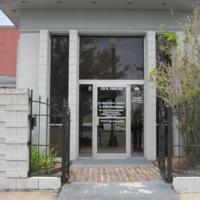 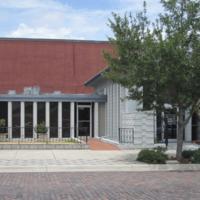