Dr. Annye Refoe and Dr. Stephen Caldwell Wright in Sanford, Florida, in 2011. Dr. Refoe, the daughter of Herman L. Refoe, Jr. and Shellye L. Refoe, was born on January 29, 1951. Since her parents both taught at Midway Elementary School, Refoe also attended the school, as opposed to attending Hopper Academy in Georgetown, an African-American neighborhood in Sanford. Refoe graduated from Seminole High School in 1969. After her treatment in the newly integrated Seminole High School, she decided to enroll in a historically black college/university. She graduated from Fisk College in Nashville, Tennessee, with a bachelor's degree in English in 1973. Upon her return from college, Refoe began teaching in August 1974 at Lake Howell High School in Winter Park. In 1982, she started teaching at Seminole Community College, where she later became the Dean of the Arts and Humanities.

Dr. Wright was born and raised in Goldsboro, an historic black community in Sanford. He lived in Sanford for most of his early life, except for one year that he attended school in Lakeland during ninth grade. He attended Goldsboro Elementary School and Crooms High School, where he graduated in 1964. For his college education, Dr. Wright attended Volusia County Community College in Daytona for one semester, Gibbs College (now merged with St. Petersburg College) in St. Petersburg for the first part of his bachelor's degree in English, Florida Atlantic University in Boca Raton for the second part of his bachelor's education degree in English, Atlanta University for his master's degree in English, and Indiana University of Pennsylvania in for his doctoral degree in Linguistics and Rhetoric. 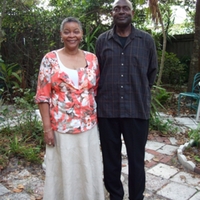 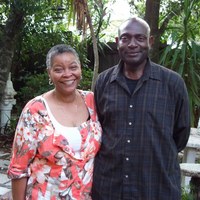