The Supervillains at The Social, 2007

The Supervillains at The Social, 2007

Supervillains at The Social

The Supervillains performing live at The Social, located at 54 North Orange Avenue in Downtown Orlando, Florida, on July 20, 2007. The first photograph features, from left to right, Scott "Skart" Suldo on guitar, Dominic Maresco on drums, Jonathan "Smally" Cestero on saxophone, and an unidentified trumpet player. The second photograph shows Suldo and the third photograph shows Suldo with Maresco.

The Supervillains were formed in 1998 by drummer/vocalist Dominic Maresco and guitarist/vocalist Scott "Skart" Suldo, while they were in high school in St. Cloud, Florida. Initially a punk-rock band, the group adapted elements of ska and reggae to their sound, leading to opportunities to support reggae acts such as The Wailers and Inner Circle, reggae-rock acts such as Slightly Stoopid and Pepper, ska acts such as Reel Big Fish and Streetlight Manifesto, punk acts such as Pennywise and Authority Zero, and rock acts such as Fishbone and 311. After several successful tours as an opening band, The Supervillains began headlining their own national tours, often performing over 200 shows per year, and released eight studio albums as of June 2015. The band incorporated several horn players and other members for eight or nine years, but have since operated as a four-piece, with Maresco, Suldo, Daniel Grundrof on bass and Tom "T-Rex" Moulton on keyboards and guitar. After selling over 100,000 records, the group formed their own label, Rah Rah Rah Records, in 2011. 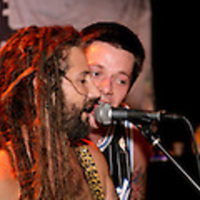 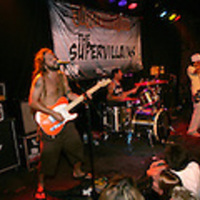 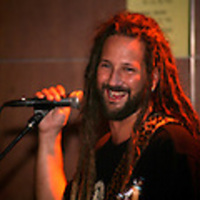