The Rovin' Flames in the autumn of 1967. From left to right, the photograph features John DeLise, Johnny Rogers, Jimmy Morris, Eddie Taylor and J. R. Maietta. 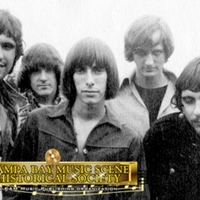