The 250MW-class Westinghouse 501G (W501G) gas turbine was introduced in 1994 as the largest and most efficient (38.5% LHV) 60Hz gas turbine in the world. The W501G also had an introductory combined-cycle efficiency of 58 percent. 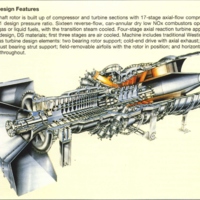