Christine McClendon holding an Easter basket during an Easter egg hunt at the home of her daughter, Dedra Jenkins, in the Parramore neighborhood of Downtown Orlando, Florida, in 1995. This photograph was originally discarded, along with other similar photographs, and then found by a local resident near the Emmanuel Fellowship and Worship Center, which is located at the former site of Restore Orlando. The collection was given to the contributor, Dedra Jenkins.

Bordered on the east by Division Street and on the west by Orange Blossom Trail (OBT), the Parramore began as an agricultural community. Parramore was historically a segregated African-American community and now comprises three separate downtown neighborhoods: Lake Dot, Callahan, and Holden-Parramore.

Once an economically thriving area and the home of many prominent black businesses and institutions, including the Wells’ Built Hotel, South Street Casino, and Wallace’s Beauty Mill, Parramore suffered under Jim Crow segregation, and has lost 65 percent of its population in the last 50 years. It is now one of Orlando’s poorest neighborhoods, with an unemployment rate of 23.8 percent in 2015. However, neighborhood institutions like the Well's Built Museum of African American History and Culture, housed in the historic Wells’ Built Hotel, have worked to preserve memorabilia from Orlando’s African-American community and the local civil rights movement. Current plans to revitalize the Parramore area focus on maintaining its black heritage and culture while building new businesses, schools, and improved housing.

Copyright to this resource is held by Dedra Jenkins and is provided here by RICHES of Central Florida for educational purposes only. 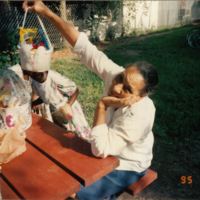