Although Orlando began as a cattle trading post, by the time Church Street Station, also known as the Old Orlando Railroad Depot, was constructed by the South Florida Railroad in 1889, the town was known for its citrus groves and as “a haven for rheumatics.”[1] Located at 4 Depot Place and West Church Street in Orlando, the original structure was a small, wooden station built in 1880 that connected the to Sanford, whose harbor could ship goods and people by steamboat to Jacksonville.[2] Tickets were sold in a warehouse across the street from the depot, which was owned by Joseph Bumby (1834-1911), one of Orlando’s earliest businessmen and citrus growers.[3] 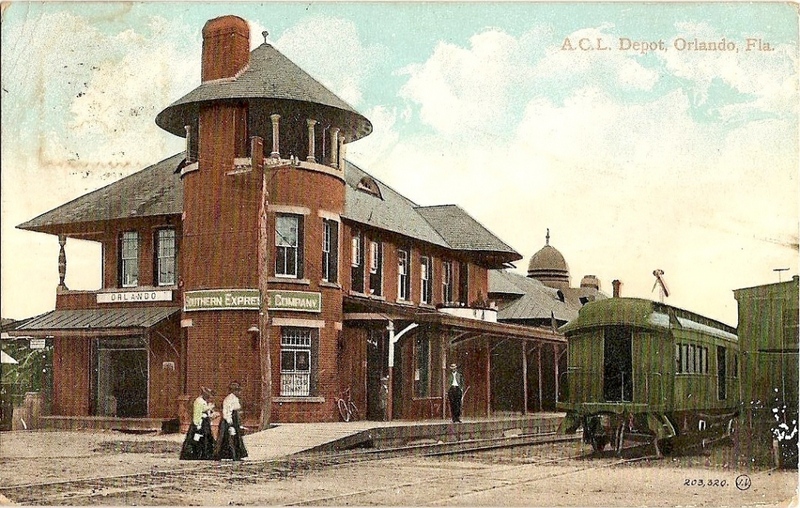 Backed by Henry Shelton Sanford (1832-1891), groundbreaking ceremonies for the South Florida Railroad were staged in Sanford on January 10, 1880. Former President Ulysses S. Grant (1822-1885), a friend of Henry Sanford, was visiting Florida at the time and threw out the first ceremonial spadeful of dirt.[4] The 23-mile line opened on October 1, 1880, and the next day a celebration train of flat cars with wooden benches was overloaded with passengers, causing it to stall several times. A cannon mounted on the last car was fired at periodic intervals. When the train reached Orlando, passengers took part in a barbecue, sitting at a number of tables set up for the occasion, including several for the African-American workers who constructed the line.[5] 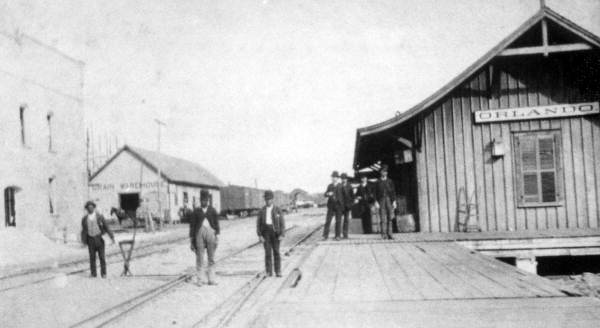 Built in 1880, the first Orlando Station only connected Orlando and Sanford.

As a result of the line, Orlando experienced rapid growth over the next four years. When the original station was constructed in 1880, the town had around 200 inhabitants and four buildings. By 1884, the population increased to 1,666 and there were 41 mercantile establishments.[6] As a result of this expansion, as well as a boom in the region’s citrus industry, the old wooden building was torn down and replaced by the current brick structure in 1889. The South Florida Railroad was completed in 1882, connecting Sanford to Kissimmee. Henry Plant acquired the line in 1883 and incorporated it into the Plant System, which was a system of railroads, steamships, and hotels that operated from 1860 to 1902 in South, Central and Coastal Georgia with lines extending down into Port Tampa and Punta Gorda, Florida.[7] The Plant System was purchased by the Atlantic Coast Line (ACL) Railroad Company in 1902.[8]

When Church Street Station was constructed, Orlando already had service from two other railroads: the Tavares, Orlando and Atlantic (TO&A) Railroad and the Orlando and Winter Park Railway. Since it was referred to as a “Union Station” on Sanborn Insurance maps of the period, it is likely that one or both offered rail service from the Church Street facility. A Union facility was created when two or more railroad companies agreed to share, maintain, and operate a depot or station. Union depots were encouraged by city governments to alleviate traffic congestion and excessive consumption of land.[9] 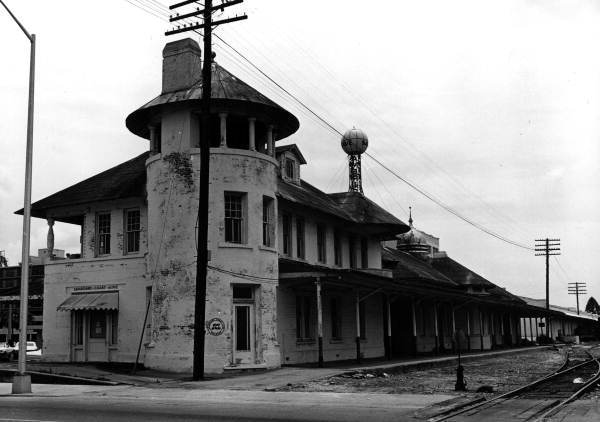 The station in the mid-1970s, after years of neglect, right before the economic boom brought on by entrepreneur Bob Snow.

As the city grew, the volume of trade and train passengers going through the depot became too much for it to handle. So, in 1926, the ACL moved the depot to the Orlando station, which would become the Orlando Health/Amtrak Station. Church Street Station continued to function as a ticket outlet, but by the 1970s, it had largely been abandoned. In 1972, entrepreneur Bob Snow purchased the station and its surrounding buildings, announcing plans for a Downtown Orlando shopping and entertainment complex. The station was added to the U.S. National Register of Historic Places in 1976.[10] By 1985, Church Street Station employed 900 people and drew 1.7 million visitors a year, making it the fourth-largest tourist attraction in the state, after the Walt Disney World Resort, SeaWorld Orlando, and Busch Gardens.[11] Snow sold his interest in 1988 and 1989 and the complex began losing revenue in the 1990s.[12] Boy band impresario Lou Pearlman (1954-) bought into the complex in 2002 and eventually became the majority owner. In 2007, Pearlman’s financial troubles triggered a foreclosure lawsuit against Church Street Station, allowing developer Cameron Kuhn to purchase it. The complex was reopened in 2008, adding several new retail stores, restaurants, and nightclubs. In 2014, SunRail commuter rail began service, with its platform beside the original station. 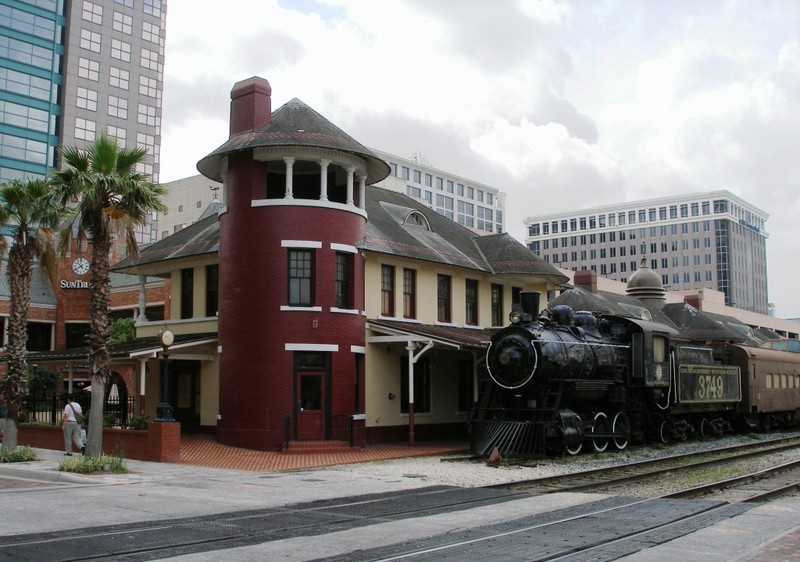 In 2007, after a number of renovations, the depot appears almost identical to when it was built in 1889. 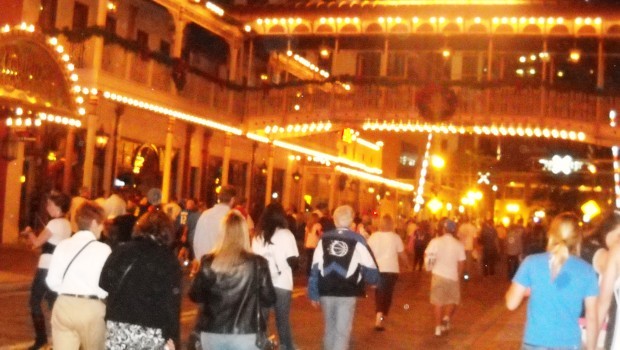 [4] Turner and Bramson, The Plant System of Railroads, Steamships and Hotels, 43.