The building located at 506-510 South Sanford Avenue in Georgetown, an historic African-American neighborhood in Sanford, Florida. The earliest known residents of Suite 506 were all African Americans: W. M. Walker in 1911, Will Burnett in 1917, and Florine Wood in 1924. Walker also had a residence at 501 South Sanford Avenue. W. E. Dunaway operated his dry goods store from this lot in 1926 and Anderson L. Brown, a black businessman, operated his barbershop here in 1947. Brown was born in Waukeenah, Florida, around 1907 and moved to Sanford in 1920. As a retiree, Brown lived at 1001 Cypress Avenue and passed away May 9, 1985. He was survived by his wife, Ernestine Hall Brown; his daughter, Ann Brown; his sister, Sennie Merchant; five grandchildren; and nine great-grandchildren. In 1952, Jack's Barber Shop occupied Suite 506, though the shop moved to 514 South Sanford Avenue by 1965.

The earliest known occupant of Suite 508 was Prince Strobart, an African-American resident who lived here in 1911. This address was listed as vacant in 1917. James Samuels resided at this location in 1924 and moved to 512 1/2 South Sanford Avenue by 1926. Blanche Chute occupied this lot in 1926 and Sam Wright operated his dry cleaning business here in 1947. Jack's Dry Cleaners, another African-American-owned business, occupied this location in 1952. Dick's Appliance Service was listed at 506-508 S. Sanford Ave. in 1965. The appliance repair shop has since moved to 441 Sand Cove Drive.

J. N. Telford, a black grocer, was the first known occupant of 510 S. Sanford Ave. in 1926. African-American businessman Segio Broomfield operated his billiards hall from this location in 1947, but the suite was vacant by 1952. Sweeney's Office Supply Warehouse was listed at Suites 506-512 in 1965. At the time that these photographs were taken in January 2012, all of these suites were vacant. 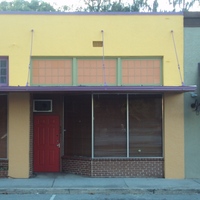 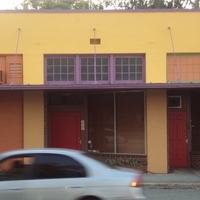 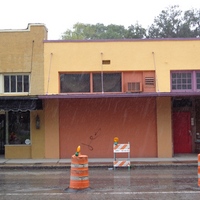