The Cathedral Church of St. Luke, located at 130 North Magnolia Avenue in Dowtown Orlando, Florida, in 2014. The church was founded in 1867 by Francis W. Eppes (1801-1881), the nephew of Thomas Jefferson (1743-1826). The congregation originally worshipped in a log cabin and services were conducted by Eppes, despite his status as a layman. 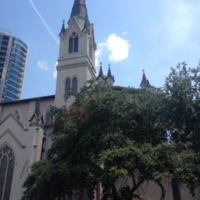 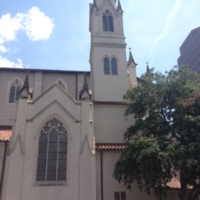 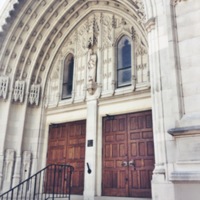