Solillaquists of Sound performing live at at Slingapour's, a venue located at 18 Wall Street in Wall Street Plaza in Downtown Orlando, Florida, on February 19, 2003. The first photograph features, from left to right, Tonya Combs, Alexandrah, DiViNCi and MC Swamburger. The second photograph the first three, minus Swamburger. The third and fourth photographs feature Swamburger with Alexandrah and then with DiViNCi, respectively. The final photograph shows DiViNCi playing a Media Player Classic (MPC). 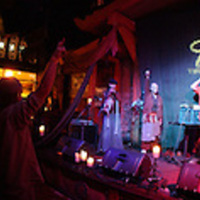 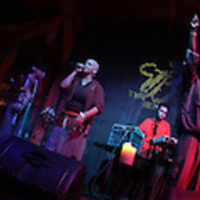 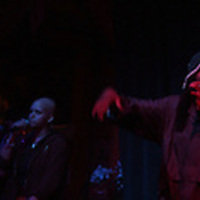 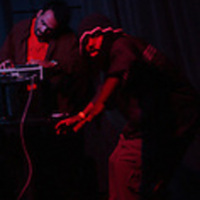 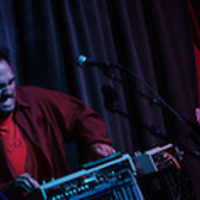