JunkieRush at a sold-out show at The Social, located at 54 North Orange Avenue in Downtown Orlando on July 30, 2007. This photograph features drummer Bobby Koelble. 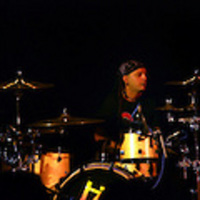