The Elijah Hand Building, located at 13-25 West Pine Street in Downtown Orlando, Florida, in 2002. The site, formerly occupied by the Magnolia Hotel, was purchased by Elijah Hand in 1905. Hand migrated to Orlando from Shelbyville, Indiana, in 1885 and is the first funeral director in the Orlando area to use embalming.

The twentieth century-style, brick building was constructed as a warehouse for Hand's furniture and funeral businesses. In 1928, the site was occupied by the Mather-Wiley Furniture Company, who replaced the W. I. Miller Furniture Store. The building was renovated in 1982, which included the replacement of the original curved metal awning that ran the length of the building.

Lado International Schools, an international college that teaches English as a second language, purchased the building from G. A. Giordano and Company in December of 1994 for $900,0000. The Lado International College of Orlando was scheduled to open on February 1, 1995. At the time that the photograph was taken in 2002, the building appeared to be occupied by the Blue Room. 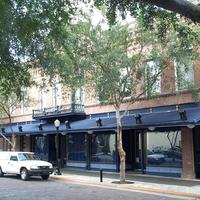 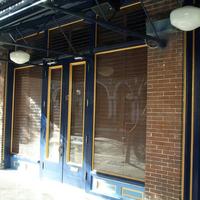 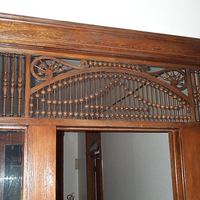