Meka, also known as Ms. Meka, performing live with Meka Nism at H2O Live!, located at 100 West Livingston Street in Downtown Orlando, Florida, on November 3, 2012. The E.L.L.A. Music Festival, which stands for Elevate.Listen.Love.Appreciate, was created in 2007 by Orlando musician, promoter, and producer Robert Johnson to celebrate the heart, talent, and contributions that Florida female artists give to their communities. In its fifth year in 2012, the female-centric festival added spoken word artists, visual artists and local vendors to the stacked musical lineup.

Formed in 2006 in Orlando, Florida, Meka Nism is a female-fronted metal band that originated as Meka Nism and Her Rusty Tears. The band recorded their first album, Mad to Love, on Florida-based Hidden Records that same year. "Break," the second track from the album, won the Songwriter's Showcase of America's (SSA) Best Experimental Song of the Year, and Meka was named SSA's Solo Artist of the Month in January 2007. While the group has always consisted of Meka on vocals, in 2010, after she returned from a Japanese tour of over 150 shows, Reed Tyack was added on drums, Alvin Bauer on bass, and Bobby Keller on guitar. In 2014, Tyack moved to guitar and Jeremy Mansfield was added on drums. 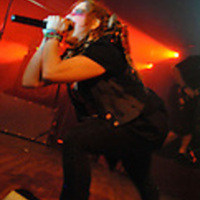 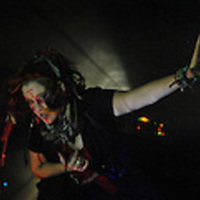