Battle of the Bands Certificate 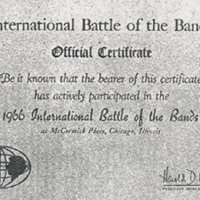