Sanford wasn't always known as the "Celery City". The origins of Sanford's connection to celery farming began on December 26, 1894, when a freeze damaged the area's citrus groves. They began to recover during a warm and wet January which promoted new shoots, but a second freeze hit on February 7, 1895, practically wiping them out. The 24 degree temperature was the coldest known in Florida to that point. The freeze was so intense that the sap froze inside the trunks, many of which split open, sounding like gunshots, and crashed to the ground. The population quickly dropped from 5000 to 2000 as the groves were abandoned. 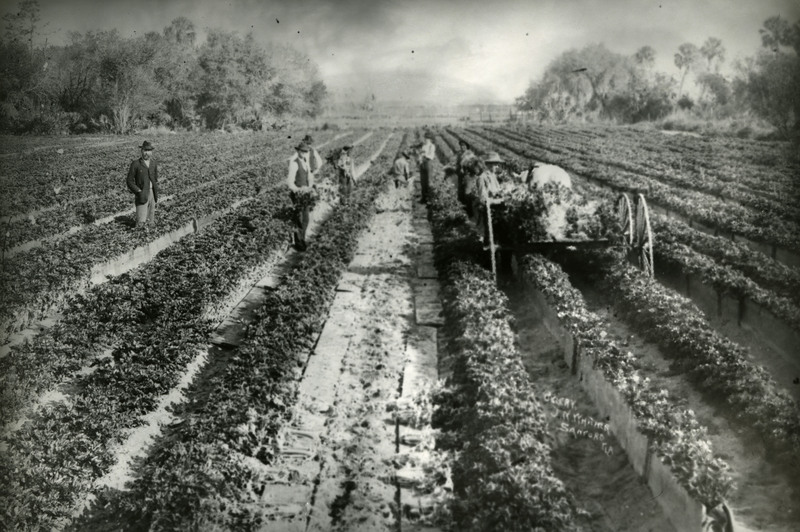 I. H. Terwilliger stayed after the freezes and is reputed to have planted the first celery grown in Sanford in 1896. J.N. Whitner and B.F. Whitner Sr. planted 3/4 acre in 1897 with celery imported from Kalamazoo, Michigan. By 1898, celery became the crop synonomus to Sanford. 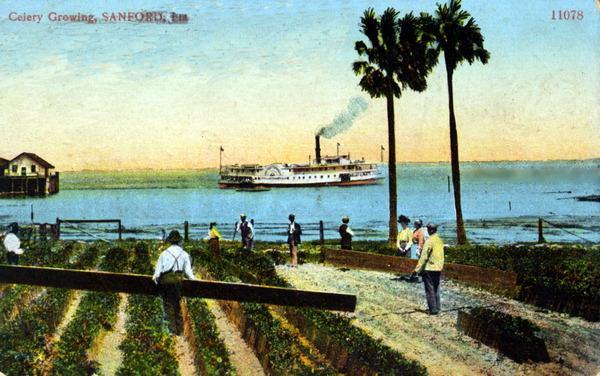 A waterfront celery farm in the first half of the 20th century.

Postcard of a Sanford Celery farm in operation along the shore of Lake Monroe. The Steamboat Jacksonville is in the background. 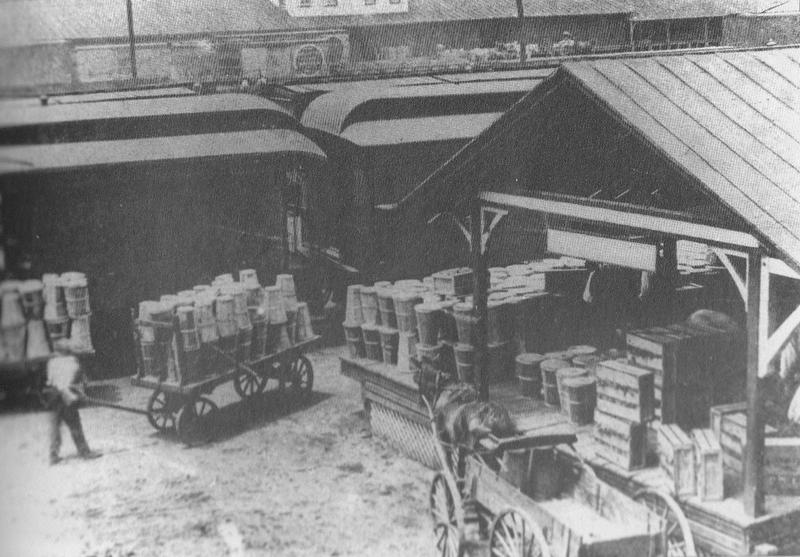 Vegetable shipments in refrigerated boxcars in the first quarter of the 20th century.

Vegetables being crated for shipment by rail. Each boxcar was refrigerated by blocks of ice provided by local ice houses in Sanford. With the introduction of ice houses and refrigeration, farmers were able to harvest their crops more efficiently and to take in more profits from the better preserved fruits and vegetables. Farmers in relied on local ice houses to better preserve their crops before and during transport to markets. Box cars were also refrigerated to ensure that produce crops remained fresh until they were sold. Many farmers in Sanford grew celery during the early-1900s and utilized the local ice houses to store their produce. It was recommended that celery kept in ice refrigeration be stored at 32-34 degrees Farenheit.