Lake Eola Park in Downtown Orlando, Florida, 2007. Lake Eola and its surrounding park is one of the unusual features that sets Orlando apart from other cities. In the middle of the lake rests the Linton E. Allen Memorial Fountain, Orlando's unofficial symbol. The fountain was installed in 1912, costing $10,000. In 1957, a replacement originally called the Centennial Fountain was installed, costing $350,000.

From its earliest days, Downtown Orlando was situated on the west side of the lake. As the town grew into a city, Lake Eola continued to be a focal point for the inhabitants, who used the lake for bathing, swimming and fishing, and its shores picnicking, listening to concerts, and participating in religious services. Much of the land around Lake Eola was donated to Orlando by Jacob Summerlin who designated that it be a public park. It has remained one ever since. The rest of the park land was donated by the Musselwhite Family and Mayor Frank Sperry. 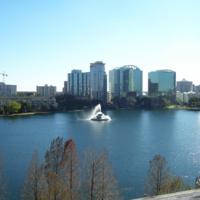 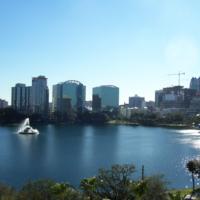 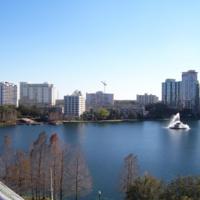 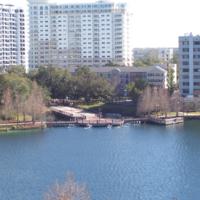 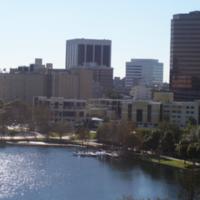 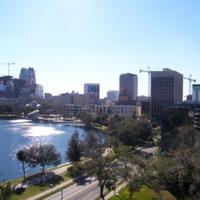