A commemorative booklet published in 1993 or 1994 by Westinghouse's Power Generation Business Unit (PGBU) in Orlando, Florida, to celebrate 100 years of "Westinghouse Power Generation."  The booklet tells the history from the founding of the business by George Westinghouse (1846-1914) and its continuing progress through 100 years of service to the electric utility industry and other industrial customers worldwide. The booklet also describes the products and services, technology and manufacturing capabilities of the Power Generation Business Unit of the early 1990s.

Originally called the Westinghouse Electric Company, George Westinghouse founded his manufacturing company in Pittsburgh, Pennsylvania, on January 8, 1886. In 1889, he renamed his business the The Westinghouse Electric and Manufacturing Company. Westinghouse's primary products include turbines, generators, motors and switchgear related to the generation, transmission, and use of electricity. The company changed its name to Westinghouse Electric Corporation in 1945. In 1981, the company began to relocate its divison headquarters for the Steam-Turbine Generator Divisions from Pennsylvania (turbines from Lester and generators from Pittsburgh) to Orlando, Florida. The Power Generation Business Unit (PGBU) building was located in The Quadrangle, at 4400 Alafaya Trail. Originally, Westinghouse had purchased a large plot of land for future development that extended westward from Alafaya Trail to Rouse Road. The original headquarters was located on several acres of that land parcel close to Alafaya Trail. 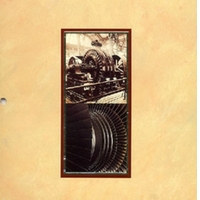