Sioux Villa, located at 60 Waverly Place in Downtown Orlando, Florida, in 2007. In 1906, this two-story bungalow was built for Mahlon Gore on the south shore of Lake Lucerne. Gore was born in Climax, Michigan, on February 4, 1837. In 1861, he enlisted in the Second Michigan Infantry, serving only three moves. Shortly thereafter, he moved to Iowa with his wife, Josephine Lucinda Dawley Gore, who he had married in 1860. Together, they had one child: Eva Gore Robinson.

After homesteading in the Dakota Territory, Gore decided to moved to Orlando, Florida, in 1880, due to his poor health. In the 1880s, he purchased The Orange County Reporter shortly after his arrival and was elected to the Orlando City Council. Gore served as Mayor of Orlando from 1893 to 1896. His wife passed away around 1903 and he moved into Sioux Villa in 1906. He died on June 27, 1916.

Gore's second wife, Caroline Groninger Gore, opened their home, which was then located at 211 Lucerne Circle, to a congregation of Unitarian Universalists led by Reverend Eleanor Gordon during the winter of 1910. On January 8, 1911, the home served as the site of the first service of the First Unitarian Church of Orlando. The church was formally organized the following year in the home of Edward McNeill, located at 309 Robinson Street. The congregation held some of its earliest services in the Lucerne Theatre before purchasing land at the northeast corner of Central Boulevard and Rosalind Avenue in on January 1, 1913. The church building was designed by Ida Annah Ryan and Isabel Roberts in the Spanish Colonial Revival-style. The Unity Chapel held its first service on February 16, 1913, and was formally dedicated on March 16. By 1954, the congregation had outgrown Unity Chapel and moved to a new church located at 1901 East Robinson Street. In 1957, the chapel's last service took place. Sam Murrell constructed a new building, called the Murrell Building, that was designed by Richard Boone Rogers in 1957. 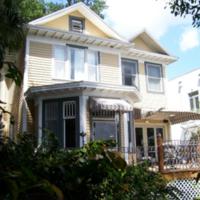 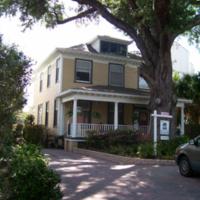 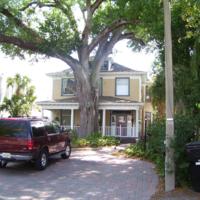 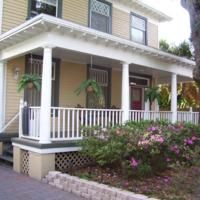 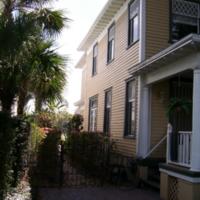 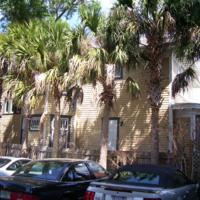