The fourteenth issue of the tenth volume of The Watermark was published on July 3, 2003, and provided coverage on the biggest summer event of the LGBTQ+ (Lesbian, Gay, Bisexual, Trans, Queer/Questioning, and others) community: Pride. From the Central Florida Pride Parade to the first ever St. Pete Pride, thousands of LGBTQ+ people came out to celebrate their culture, heritage, and community in the last week of June. This issue covers the United States Supreme Court ruling on Lawrence v. Texas, which banned Texas's sodomy laws and solidified the private rights of citizens. It also includes features on the gay-owned, gay-centric Suncoast Resort, and Canada's decision to legalize gay marriages. 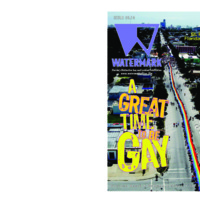