Lake Eola Park in Downtown Orlando, Florida, 2001. Lake Eola and its surrounding park is one of the unusual features that sets Orlando apart from other cities. In the middle of the lake rests the Linton E. Allen Memorial Fountain, Orlando's unofficial symbol. The fountain was installed in 1912, costing $10,000. In 1957, a replacement originally called the Centennial Fountain was installed, costing $350,000.

From its earliest days, Downtown Orlando was situated on the west side of the lake. As the town grew into a city, Lake Eola continued to be a focal point for the inhabitants, who used the lake for bathing, swimming and fishing, and its shores picnicking, listening to concerts, and participating in religious services. Much of the land around Lake Eola was donated to Orlando by Jacob Summerlin who designated that it be a public park. It has remained one ever since. The rest of the park land was donated by the Musselwhite Family and Mayor Frank Sperry.

Lake Eola Park is the most historic and widely recognized symbol of the City of Orlando. It was established in 1883 as the City's first public park after Orlando homesteaders Jacob and Fanny Summerlin donated the lake and some of the surrounding land to the City. Though formally titled Summerlin Park under terms of the original gift, the Park is most commonly known by its informal name, Lake Eola Park.

Eola's open space was enlarged in 1907 with a gift of land from S. Waters and Georgia L. Howe. In 1914, the Park's present boundaries were established with property donations from J. P. and Theresa Musselwhite, St. Luke's Cathedral, E. F. and Mary W. Sperry, C. F. and Jenny E. Grannis, and May W. and Frederick A. Strong. A final parcel was donated in 1956 by Orlando Lodge No. 1079 Benevolent and Protective Order of Elks.

The landmark fountain, situated in the middle of Lake Eola, was built by the Orlando Utilities Commission in 1957 at the urging of the Orlando Chamber of Commerce. Dedicated as Centennial Fountain, in commemoration of the 100th anniversary of the City's first settlement, it was renamed the Linton E. Allen Memorial Fountain in 1965 to honor one of Orlando's most prominent business and civic leaders.

Other important reminders of Orlando's history are located within the Park, including a monument in memory of Orlando Reeves, the City's namesake, located near the site where he died in 1835.

One hundred and five years after the Summerlins' gift, Lake Eola Park was redesigned and redeveloped. With its historic elements restored, the Park was rededicated to the people of Orlando by Mayor Bill Frederick on June 30, 1988. 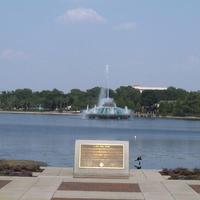 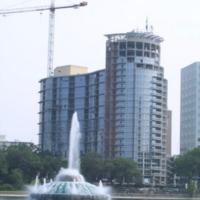 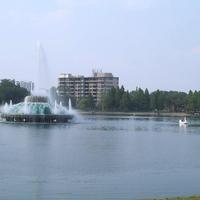 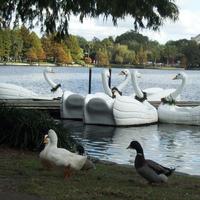 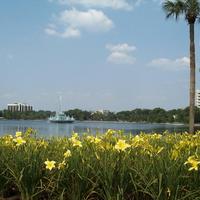 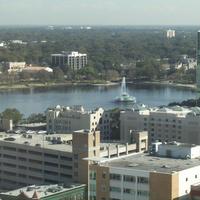 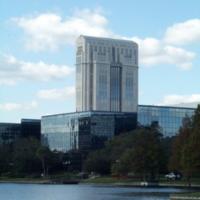